David joined the Marks & Spencer Financial Services plc board as Chairman and Non-Executive Director in September 2019.

David has lead organisations in the design and delivery of complex business and technological change, developing a broad understanding of the challenges that different industries face in meeting the expectations of their customers.

Currently the Chairman of HSBC Private Bank (UK) Limited, and a Non-Executive Director of HSBC UK Bank plc, David also brings a great deal of experience in the banking sector. 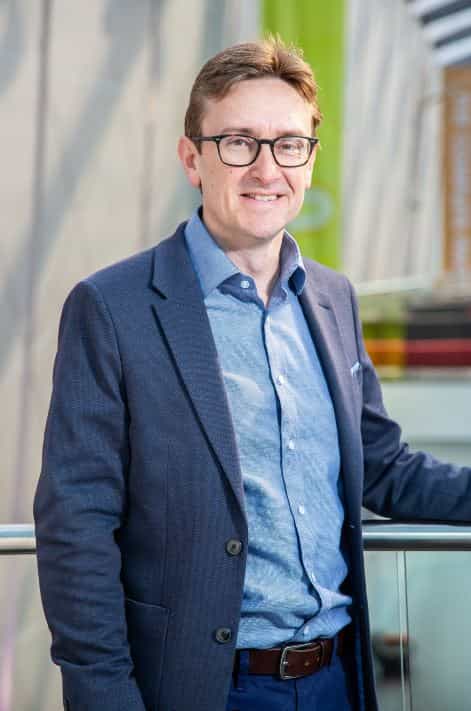 Paul Spencer joined M&S Bank as Interim CEO in February 2019 and was appointed CEO in May 2019. Paul is also a Director of Marks & Spencer Financial Services plc and Marks and Spencer Unit Trust Management Limited.

Prior to joining M&S Bank, Paul was Chief Control Officer for HSBC's Retail Banking and Wealth Management business, he also previously held the position of CFO for M&S Bank, formerly known as M&S Money. Paul holds an honours degree in Accounting and Financial Management from Loughborough University and qualified as a Chartered Accountant with Ernst and Young.

Outside of work, Paul enjoys football, tennis and travelling. He lives with his partner and their two sons. 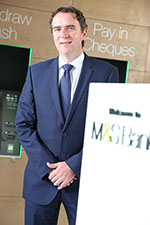 Phil joined M&S Bank in December 2003 as part of the Finance Treasury team. Phil was appointed Financial Controller in 2007 and in September 2009 he was appointed to his current position of Chief Financial Officer.

Phil studied mathematics at the University of Liverpool, he is a chartered accountant and trained with PricewaterhouseCoopers prior to joining M&S Bank. Phil is married with two children.

Jim Coyle was appointed a Non-Executive Director on the Marks & Spencer Financial Services plc Board in January 2016. Jim is also Chair of Marks and Spencer Unit Trust Management Limited.

Jim was formerly Group Financial Controller at Lloyds Banking Group and prior to this held the position of Divisional Finance Director, Group Operations. Jim also sat on the Lloyds Banking Group Scottish Executive Committee. Before joining Lloyds, Jim was Group Chief Accountant at Bank of Scotland.

Jim holds a degree in Law and Accountancy from Glasgow University and qualified as a chartered accountant with KPMG. He is a Fellow of the Chartered Institute of Bankers in Scotland and on the Council of the Institute of Chartered Accountants of Scotland.

Jim has served as a Non-Executive Director of HSBC Bank plc since August 2015. He was recently appointed to the Board of HSBC UK Bank plc, for which he is also the Chair of the Audit Committee. Jim holds Non-Executive Director positions at Honeycomb Investment Trust Plc, Scottish Water Holdings and World First UK Limited. He is also Chair of the Audit and Risk Committees of Scottish Water, Honeycomb and Worldfirst.